The Multipurpose Transport Aircraft (MTA) is a joint international project implemented by JSC UAC-TA and the Indian aircraft corporation Hindustan Aeronautics Limited (HAL). It is being developed through an intergovernmental agreement between Russia and India.

Studies of the global market have shown that demand is currently high for transport aircraft able to carry up to 20 tons over a distance of up to 3,000 km. According to regulatory documents, the MTA is classified as a strategic-tactical middle-sized military transport airplane; it provides for the transportation of a wide range of various cargo weighing up to 12,000 kg over a a distance of up to ~4,700 km, as well as a 20,000 kg payload over a distance of 2,000 km, in any geographical or climatic conditions, in daylight or at night, in normal and adverse weather conditions.

As a military transport airplane, the MTA is intended for:

The design parameters, cargo cabin dimensions, and power generator of the MTA make it able to carry up to 80% of the weapon and military-equipment types presently in use. The cross-section dimensions of the pressurized cargo cabin of the MTA are identical to those of the IL-76MD heavy military transport airplane and enable the use of all existing cargo handling, shipping and dropping tools, and infrastructure. The airplane is able to operate transportation missions independently (away from the home base) and can be dispatched for a flight by the handling team and a flight crew of 2 to 6 individuals.

With its high thrust-to-weight ratio, the airplane can operate from elevated airfields (with elevations up to 3,300 m above msl), both paved and unpaved (with up to 8 kg/cm2 soil density – i.e., it can use over 90% of the airfields in Russia). The MTA also meets international fuel efficiency standards.

Considering the high export potential of the airplane, its design process accommodates not only specifications from the Russian and Indian Air Force, but also the requirements of potential customers. The new transport airplane is expected to become an alternative not only to the An-12 and C-130 "Hercules," but also to the much smaller An-26, in emerging countries in 2015-2020. The MTA’s significant advantage over its rivals is its low cost.

It is envisaged that the parties in the MTA Program will participate in all of its stages. Today, preliminary design work has been completed, and a detailed business-plan for the joint project has been developed and initialed. The project is expected to be financed by Russian and Indian partners in equal shares. The first MTA flight is scheduled to be operated in 2016.

The airplane being designed is to be made according to normal aerodynamic design with a high-set moderate swept wing, a T-shaped tail unit, and two gas-turbine engines arranged on pylons under the wing.

The airplane is proposed to be provided with two PD-14M bypass gas-turbine engines with a maximum take-off thrust of 15,600 kg. The TA18-200 auxiliary power unit will be accommodated in the left landing gear fairing. The avionics concept allows for its future modernization and the enhancement of its functionality thanks to its open architecture. The integrated airplane control and navigational equipment in the flight crew compartment will include six multi-function LCD displays and LCD head-up displays.

A flight-refueling system can be provided on request.

The dimensions of the pressurized cargo cabin are determined according to the lifting ability and cargo capacity specifications of the Ministries of Defense of Russia and India, and also the range of required payloads, existing and future weapons and military equipment, as well as expected transportation and dropping needs. The determined length of the cargo ramp is such that it can be lowered to the ground at a 12° angle to facilitate the roll-on/roll-out loading of wheeled equipment, as well as accommodate a 2,500 kg load.

The airplane has a three-member flight crew: the captain, first officer, and flight navigator. An additional seat is provided for a flight mechanic.

Further development of the airplane is envisaged by way of deriving versions from the baseline design: 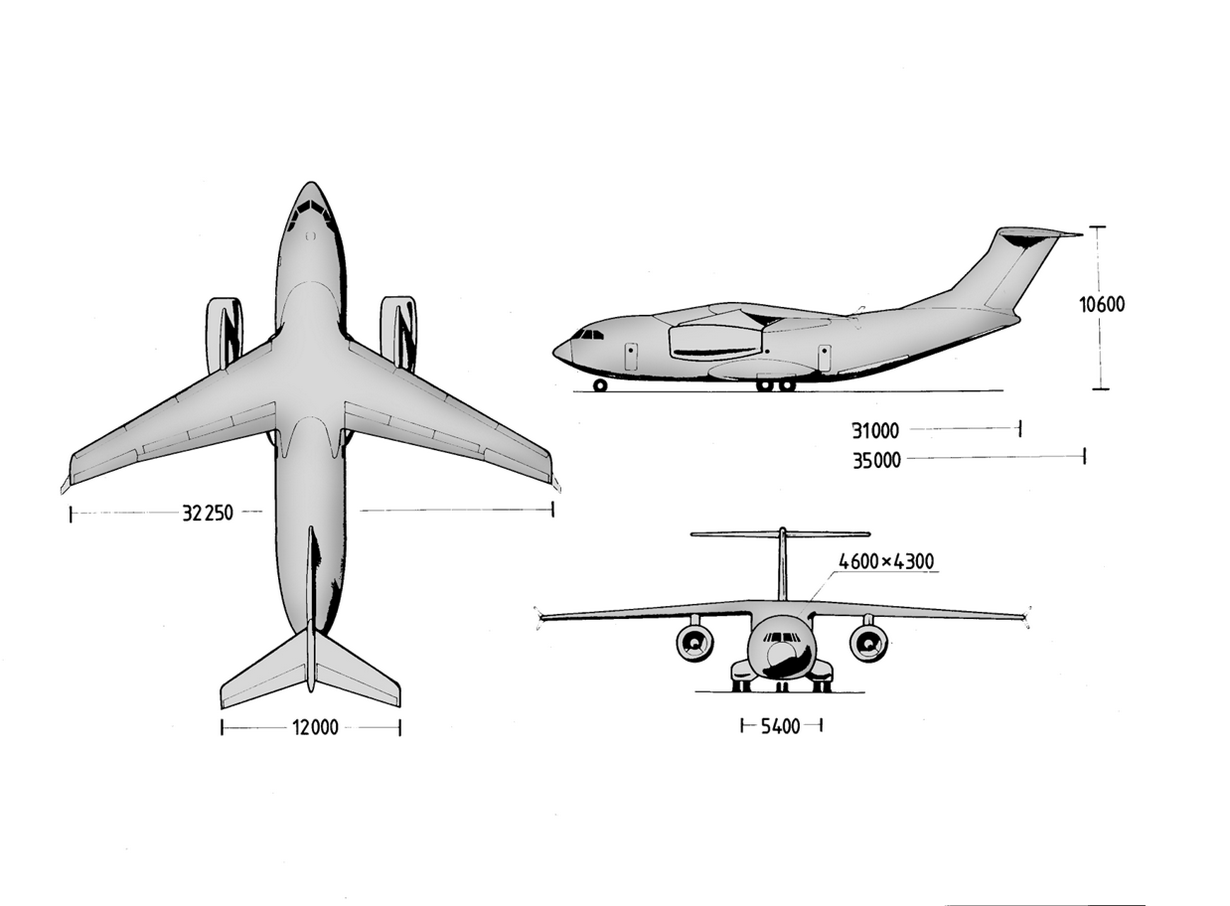 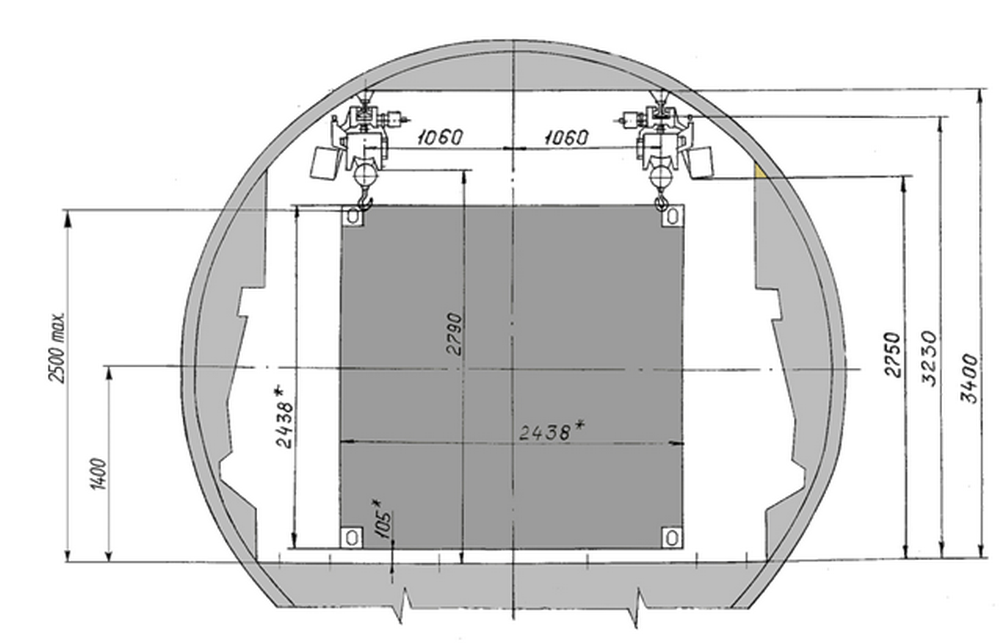